andre212 Member Posts: 5 New User
May 2019 edited May 2019 in Aspire, E and F Series Laptops
Hi. Yesterday, when I opened my laptop, on the screen it showed the error “operating system not found”. I searched for solutions on Google and on this site and none worked. I do not have the windows cd anymore. I have windows 7 on this pc though.
I tried to open a menu with ALT+F10 but it didnt work. I opened the BIOS MENU and next to HDD 0 was nothing, the HDD model and serial number were not showing.
I also tried to change the secure boot from UEFI to LEGACY, and the sata mode from AHCI to IDE. None worked.
After that, I moved HDD 0 from the second line to the first one, in the priority order, because thats what I’ve been told by a guy that works in IT.
When I went to show him what happened, the laptop had nothing, it opened almost 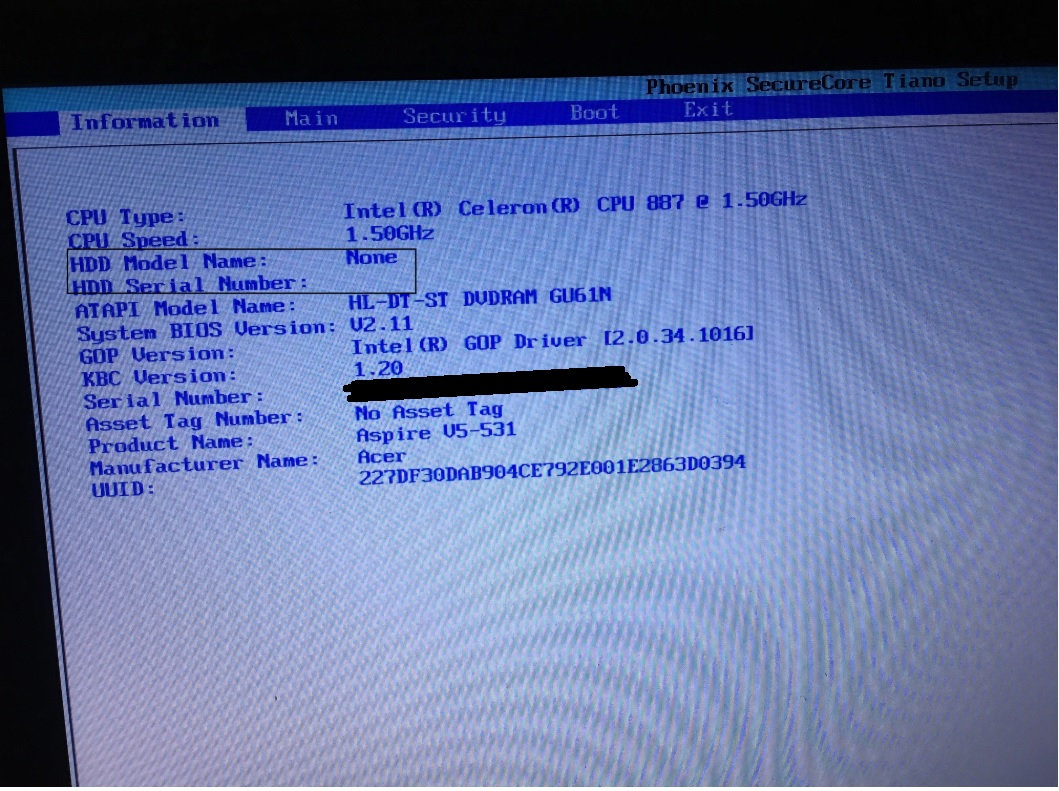 Edited the image as Serial # was shown - Acer David.

normaly, only lagging.
The problem is, now it happened again, after 2 days.
In these two days, the laptop was lagging like never and I have no idea what to do!
Is the hard disk broken?

Because RIGHT NOW, while writing this message, I rebooted the laptop and the HDD 0 is Hitachi HT... etc and the HDD is finally showing AKA it is working.

NEVERMIND
IT IS NOT WORKING AGAIN!
What can I do to avoid this problem?
Please help me, its my mother’s laptop and I need to finish my projects so I can return it to her!
Ps: Please explain step by step because I dont know everything about this subject 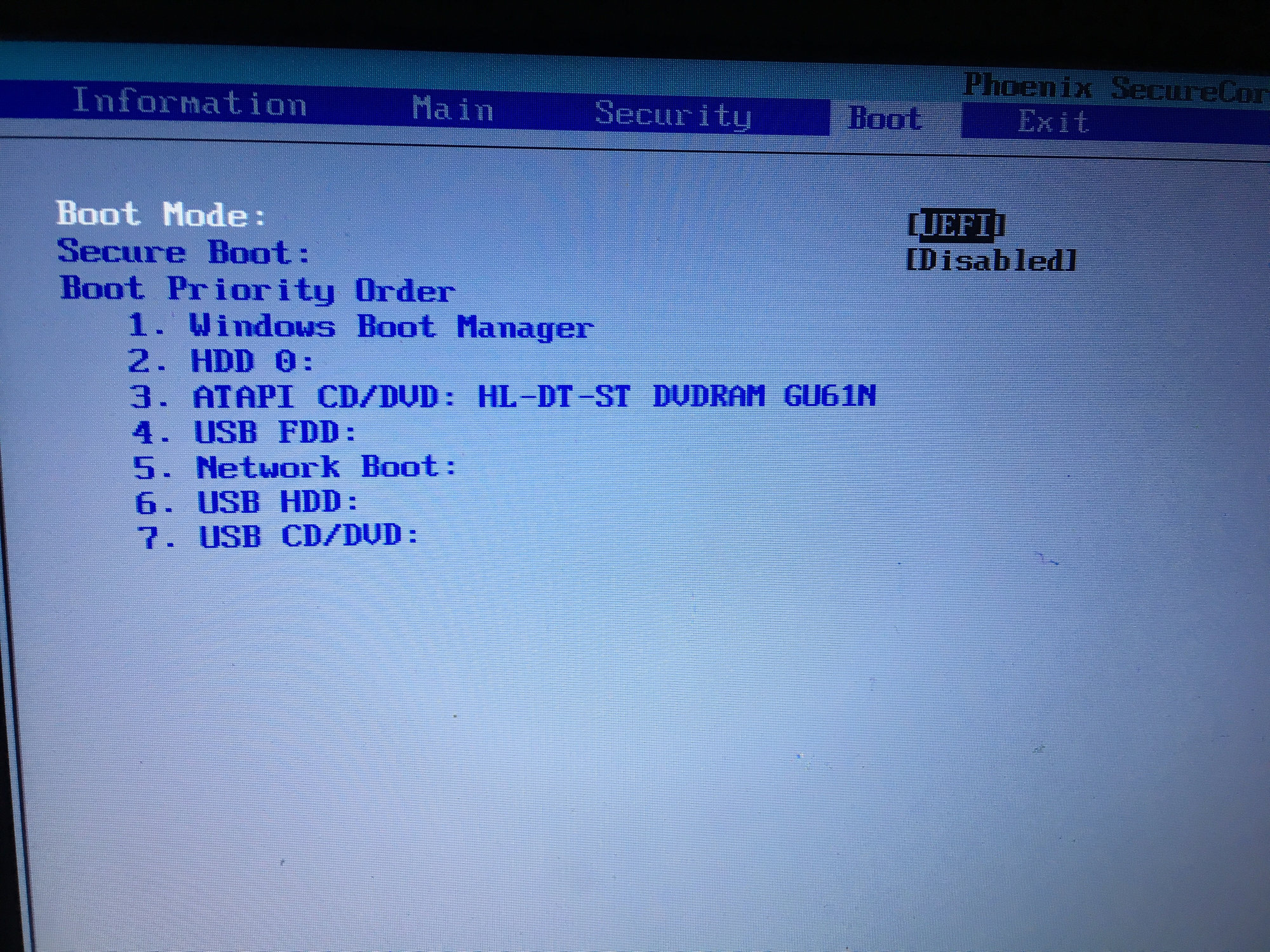