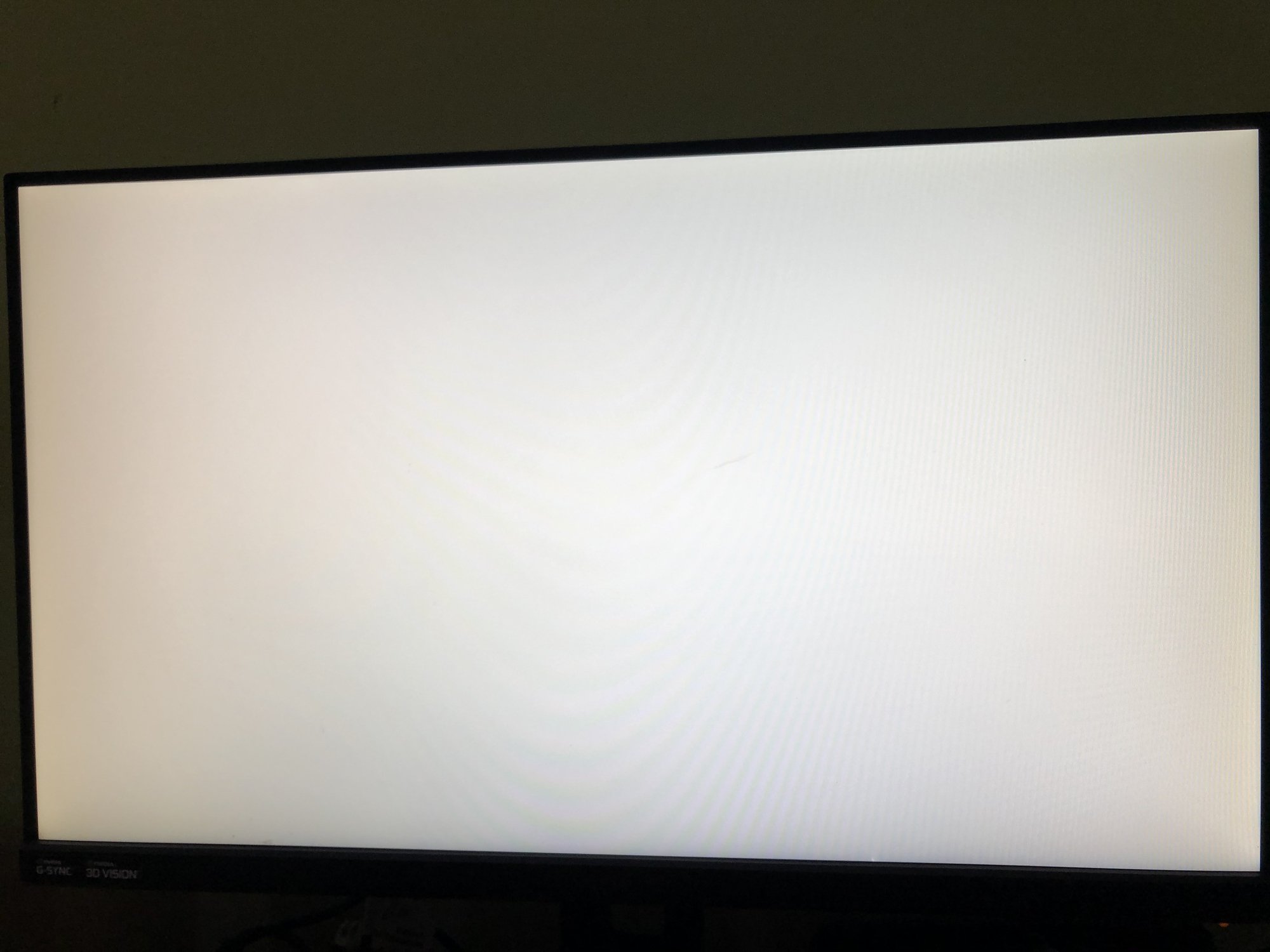 I've tried several potential fixes but nothing has worked.
What I've tried: (Things that I found on the internet)
- Booting in safe mode and restarting.
- Switching the monitor from DP to HDMI.
- Unplugging everything and pressing and holding the power button for 30 secs.

I have a second monitor and with it I confirmed that is not a driver or graphic card issue but the monitor itself, Windows recognizes the monitor correctly but the screen wont render anything but white.
If disconnected from the graphic card, the monitor still displays white, there's no "no signal".

Will try to contact support tomorrow to talk about Warranty as still is under it, but wanted to know if there's something I can do on my end to try and fix it.
Thanks a lot!.