JohnFrantzen Member Posts: 23 Networker
August 2018 in Predator Laptops
I just recently recieved my Acer Predator Helios 500 with an i7 8750H processor and although I am extremely pleased with it in general I have noticed some CPU issues.

First I noticed the CPU thermal throttling during long gaming sessions with the fans set to auto, easy fix would of course be to just set fans to max, but at a point when I was playing with my nephews I couldn't use a headset which means the fan noise was a real issue when they were set to max.

So I decided I wanted to investigate options to improve my thermals, firstly I thought of re-pasting, but I don't want to void my warranty so I asked the retailer what it would cost to have them do it, they explained that they don't do that themselves so they'd have to send it to a third party and thus the cost would be quite steep, over $50....that just didn't feel right to me so I went ahead to research other options.

This lead me to attempt undervolting, I downloaded XTU and after some online research I think -150 is the sweet spot for this laptop.
I noticed some heavy RAM usage which I at first thought was the software, but later discovered there is an issue with this laptop where the PSAgentAdmin process will start draining all your RAM if you leave it on for a while.
The soluition was to go into Services, find the Killer Network Service and change one of the options to not do anything the first time the service fails (before that it kept trying to relaunch constantly eventually draining all the RAM).

However from the XTU software I've noticed the CPU easily Power Limit Throttles and Current Limit Throttles during load, while this might not really be a big issue at all it annoys me now that I know of it and I would very much like to know how I can reduce or even completely avoid this from happening.

Anyone know what causes it and what I can do to address it?

Here are the settings I've found give me the best benchmark score from the built-in benchmarking tool in XTU. 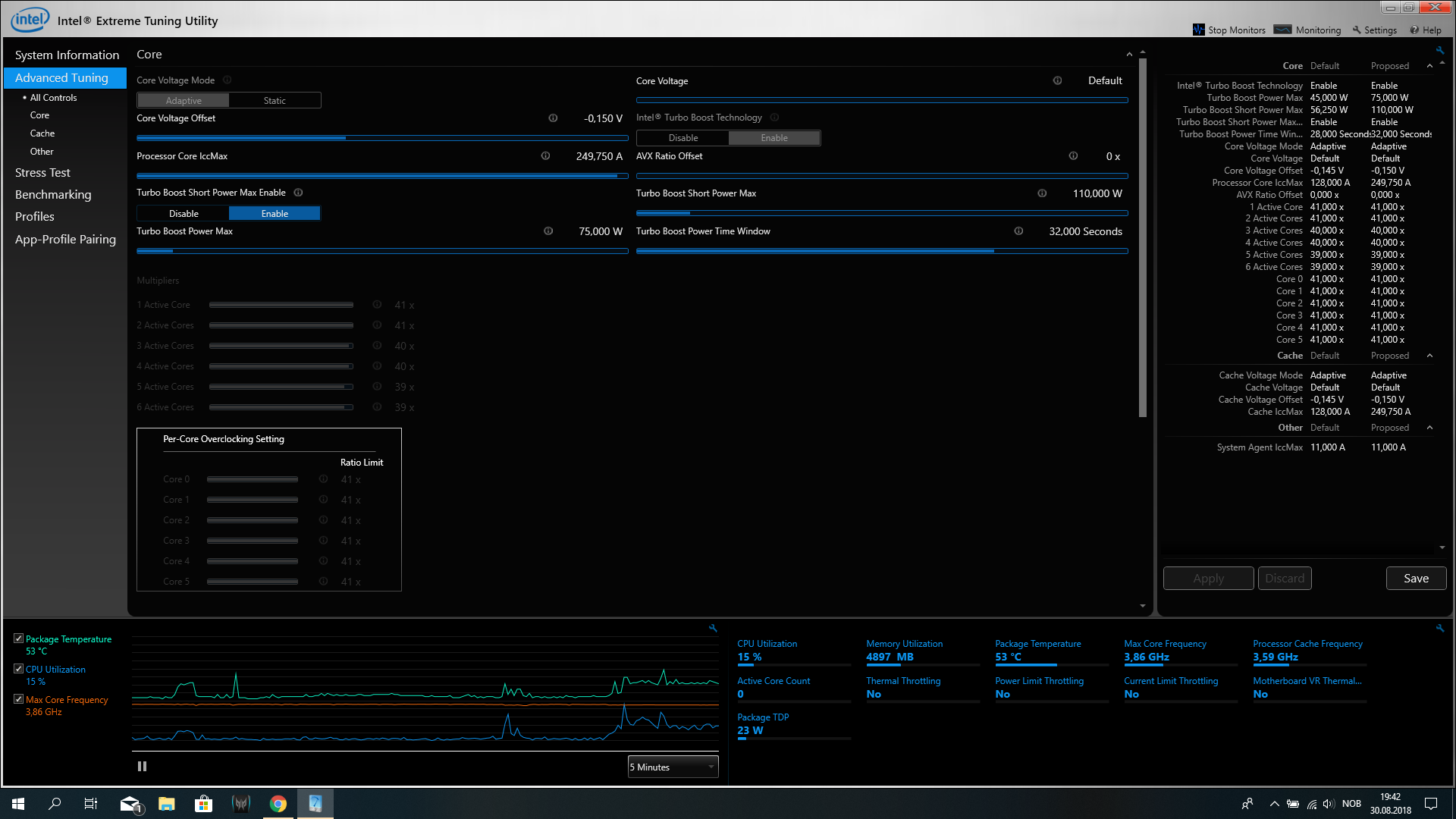 I did reach 4,01 GHz max processor frequency during one of the runs (I believe that was with -145 V).
It seems the default settings was automatically set to my earlier XTU settings after my laptop updated Windows earlier today, the XTU software was running when I clicked "Restart now" which I believe is why those settings were set to default or maybe there is another reason...idk :P 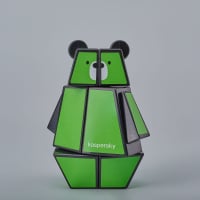