What are the ranges of frequencies of RAM supported by TravelMate P259-G2-MG?

July 2020 in TravelMate and Extensa
Specs - (Intel i5-7200U CPU + 500 GB Nvme SSD)
and Currently, I have 8GB DDR4 2400 Mhz(Single Channel), and I want to add one single 1x8GB RAM to another slot.
Here are the results from speccy describes I have one slot available for upgrade also I checked on Acer site (it is expandable up to 32GB) 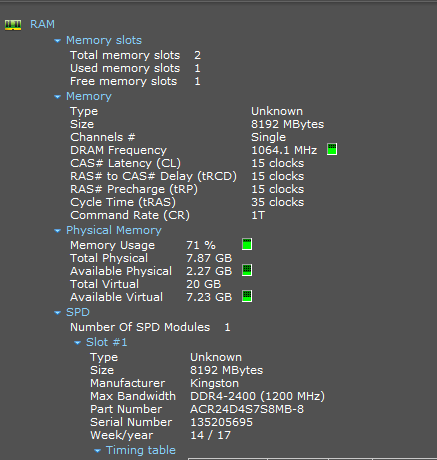 Unlike desktops, mostly SO-DIMM Based RAM(Non -ECC and Unbuffered/Register) are generally supported in notebooks.
As DDR4 2400Mhz is already supported it seems there won't be a problem to upgrade DDR4 2666MHz while upgrading but to clarify
Will my laptop support 2666Mhz without causing any compatibility heating issues?
Here are some listed I searched for
https://www.amazon.in/Kingston-Technology-HyperX-2666MHz-HX426S15IB2/dp/B01N7K4CEU/ref=sr_1_5?dchild=1&keywords=8gb+ram+for+laptop&qid=1595620125&s=computers&sr=1-5