April 2021 edited April 2021 in Predator Laptops
I'm trying to make duel-boot system with my existing Windows 10 installation and Ubuntu (probably encrypted) on my Acer Predator Helios 300 but I can't get past one of the first steps because Ubuntu wont detect my internal hard drive.  All that gets detected in GParted is the USB drive itself that has the "Try Without Installing" lite version of Ubuntu on it.  It's a new computer and there's nothing wrong with the internal hard drive as far as I know, it works fine in Windows and shows up in the bios as "HDD1 Model Name: WDC PC SN730 SDBQNTY-1T00-1014"

To give some additional information I'll start with some details about my BIOS because I'm reading that if the settings are wrong in the BIOS it can prevent the internal hard drive from being detected.

As the picture shows the SATA Mode is:  Optane with RAID

I've heard that maybe this needs to be changed but I see no way to edit anything in the Information tab of the BIOS unless I'm missing something.

Here's a Picture of the Main Tab in the BIOS... 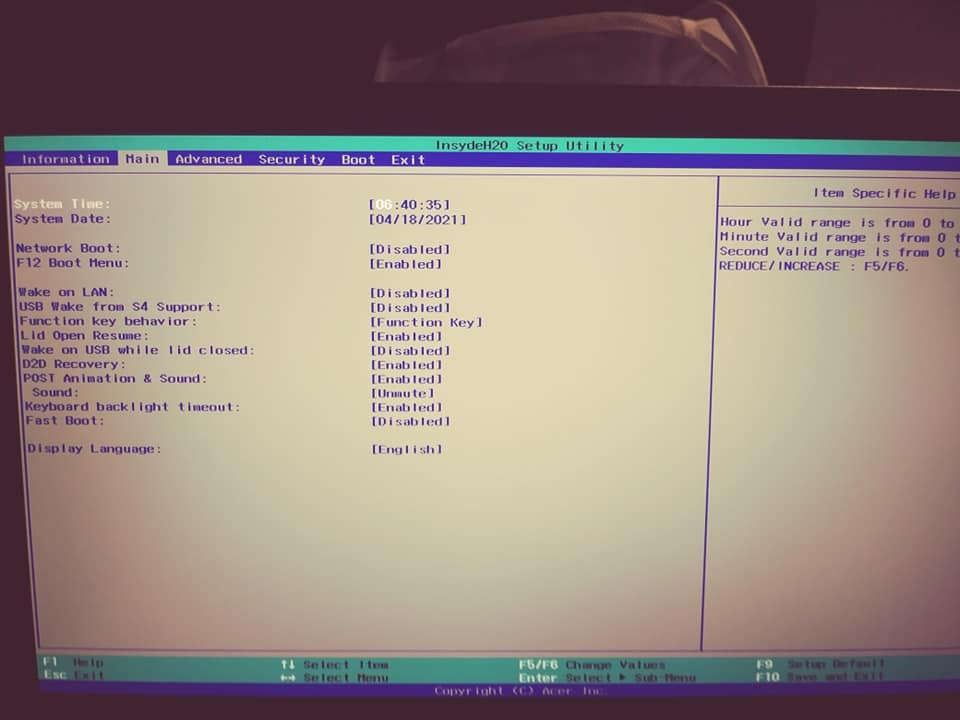 I have Fast Boot disabled just in case that helps.

Here's a picture of the Advanced Tab in the BIOS... 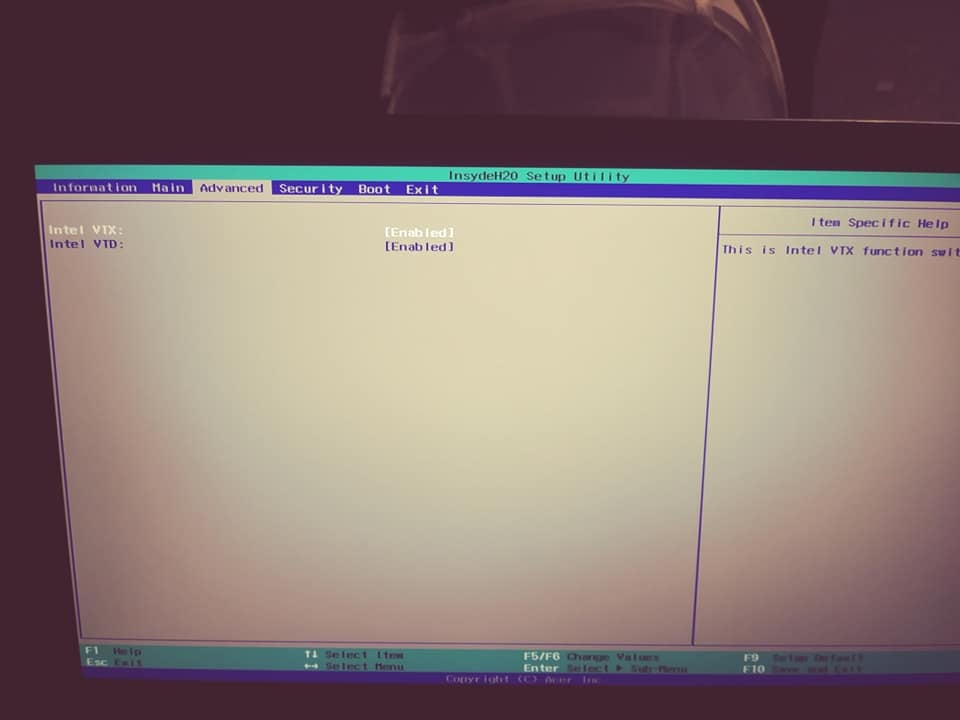 It only has two options, Intel VTX and Intel VTD and both of those are disabled by default.

Here's a picture of the Security Tab in the BIOS... 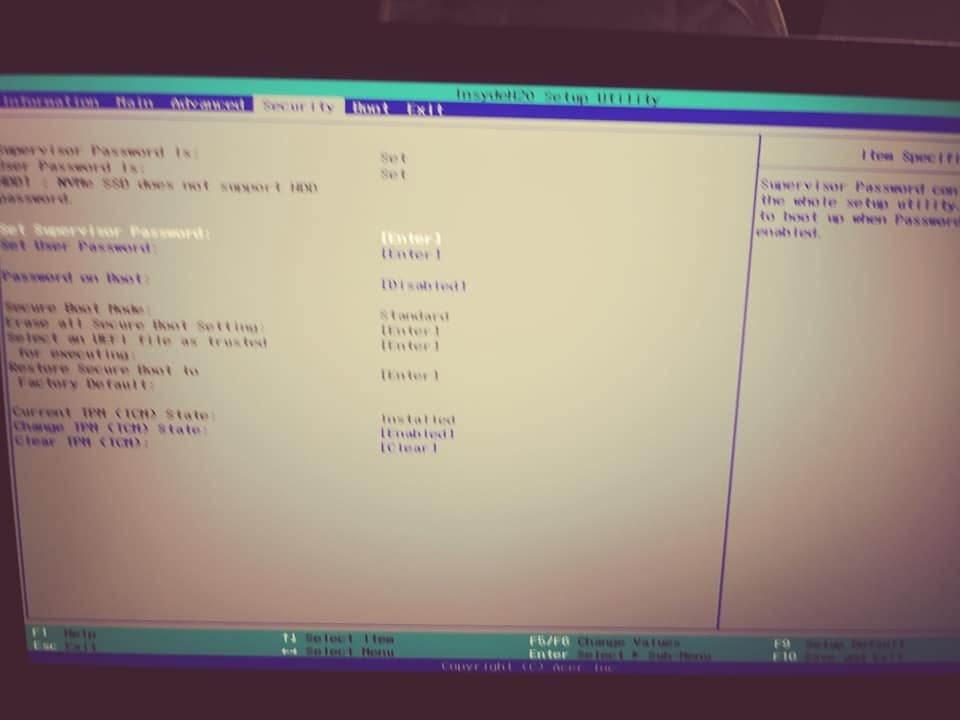 TPM is installed and Enabled, I'm not sure if that matters but I've heard that this setting can impact OS installations so let me know if that needs to be changed.  There are some security settings in this tab that are shaded out and I can't figure out how to edit them if I'd needed to.  I disabled Password on boot but under the shaded settings it says Secure Boot Mode is set to Standard.  Other than that there's an option that says "Select an UEFI File As Trusted For Executing"  I cant figure out how to change this setting either if it turns out that I'd need to in the future.  I've read that UEFI is important for installing Ubuntu.

The good news is that under the Boot tab in my BIOS, the Boot Mode is set to UEFI and Secure Boot is set to disabled, here's a picture of the Boot Tab in the BIOS... 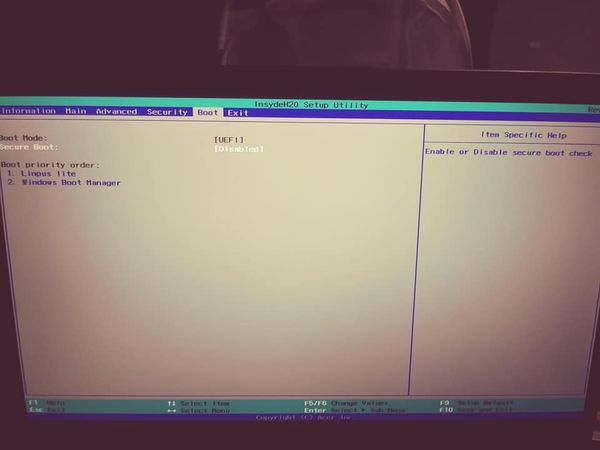 My BIOS may be missing options that are important for Ubuntu installations, I'm not sure.  For example, I've read that I may need to tweak the legacy mode but I don't see an option for that in my BIOS. 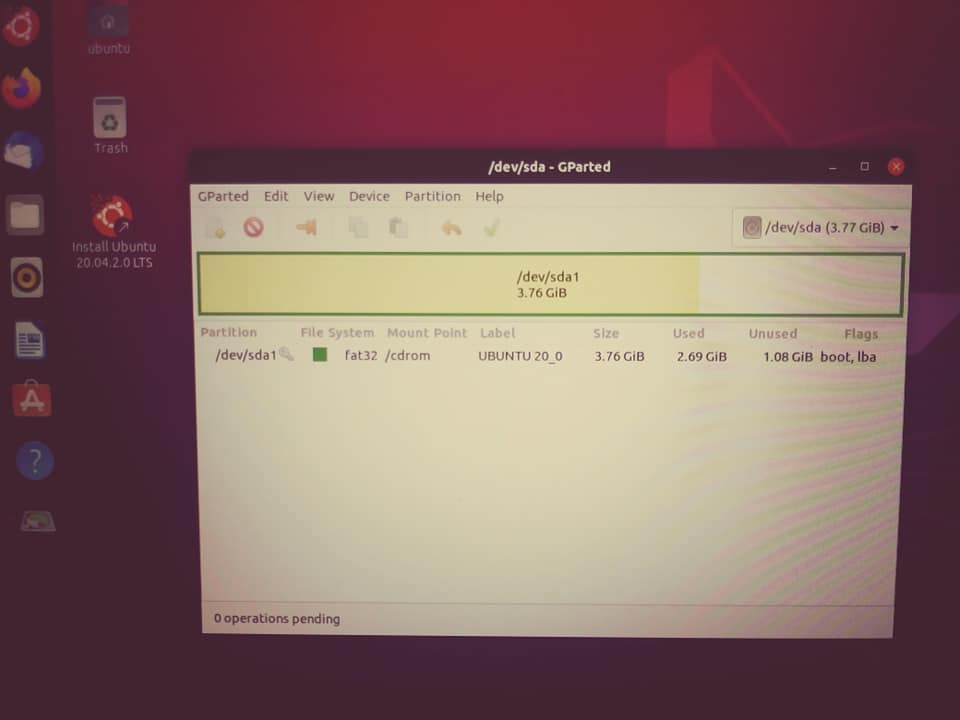 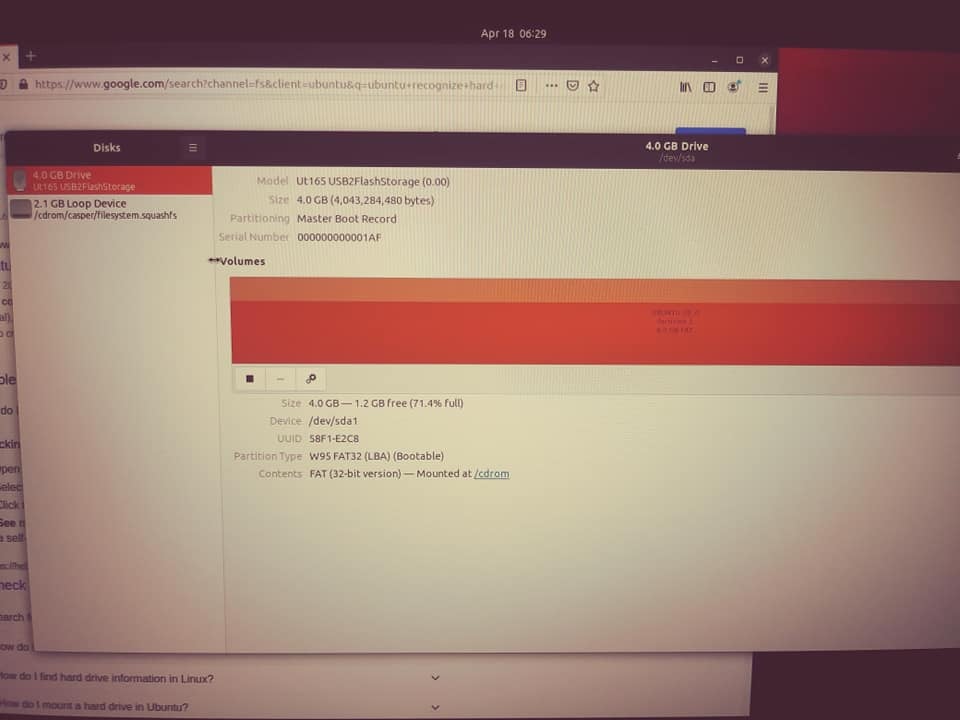 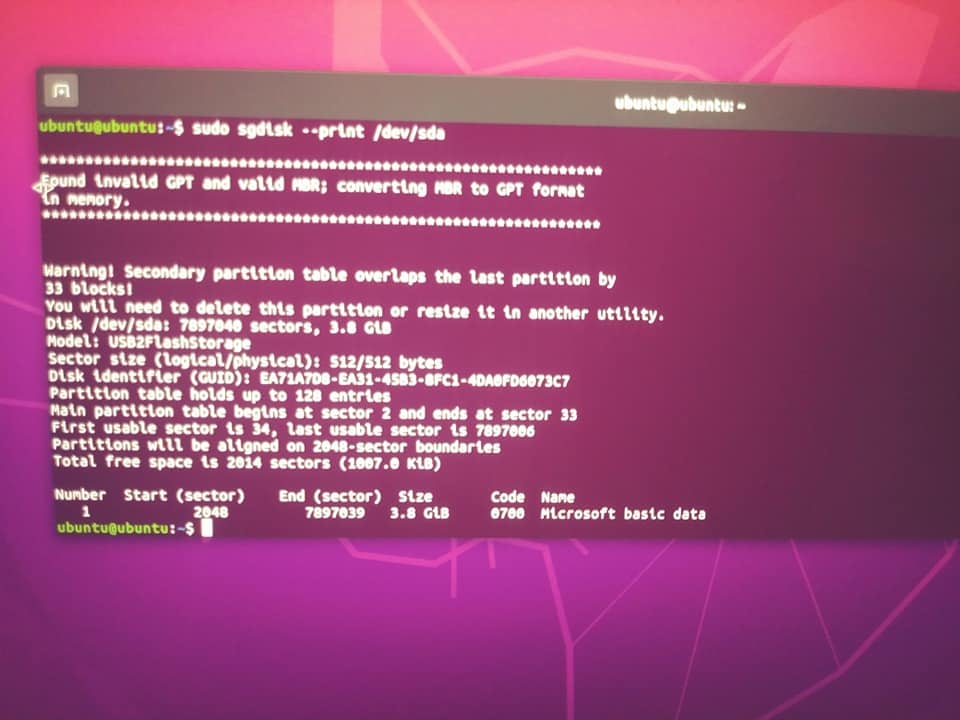 Ubuntu is giving me the error that says "Invalid GPT and valid MBR; converting MBR to GPT format in Memory.  Below this it says "Warning! Secondary partition table overlaps the last partition by 33 blocks!"  but I'm pretty sure it's referring to the USB drive and not my internal hard drive because the internal isn't even listed.  It only list a 3.8 Gigabyte Disk which I'm sure is the same USB drive that Gparted is seeing.

In windows I downsized my system partition to leave plenty of room at the end of the internal drive to install Ubuntu.  For one last picture here's a layout of my internal hard drive from within Windows.. 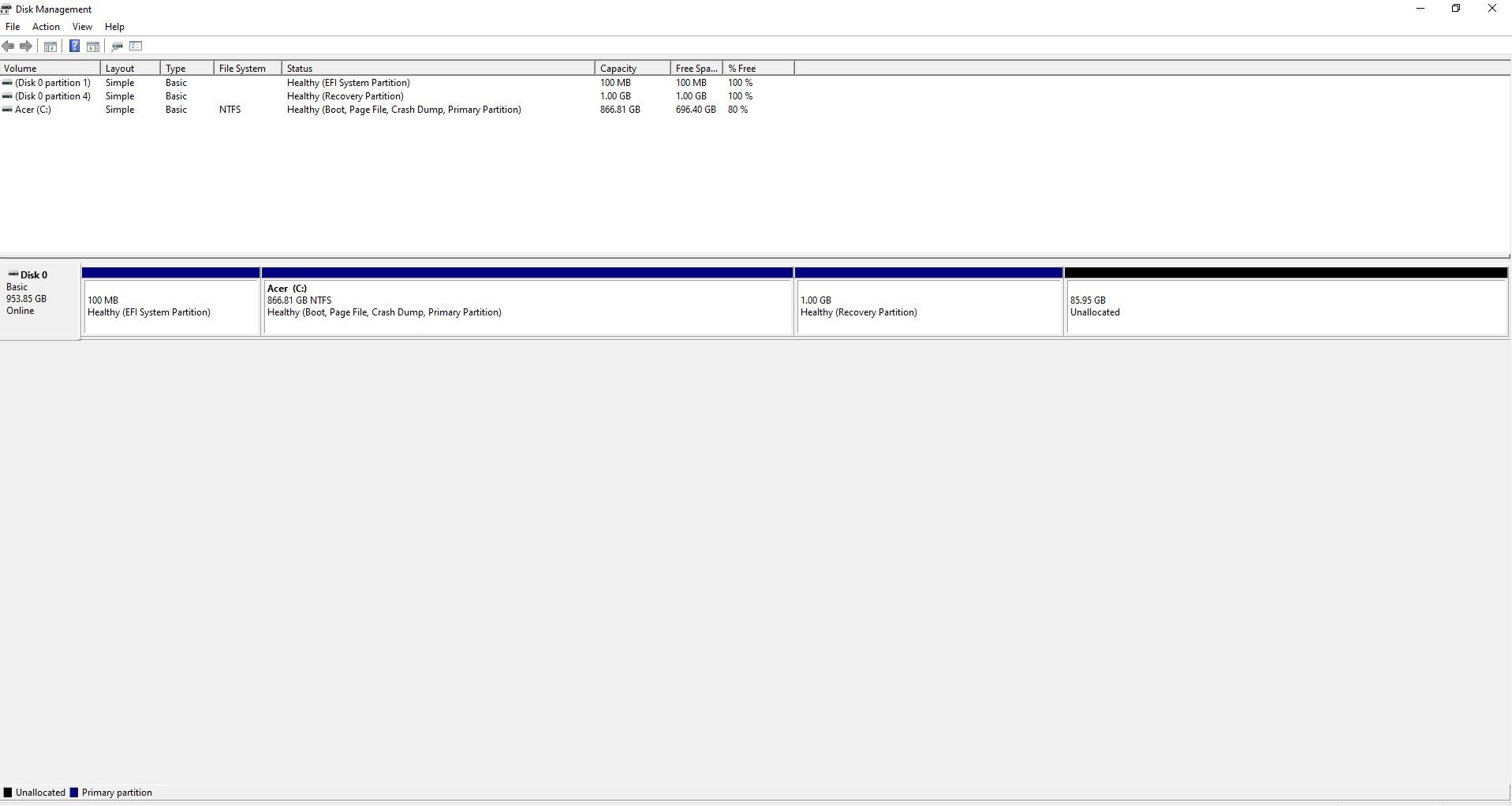 I can't think of anything else to share to help members here to identify the problem I'm having but let me know what I can do from here to make it easier.  I can work my way around a computer somewhat but may need help on certain things if I haven't done them yet.  Updating my BIOS or doing commands in the terminal from Ubuntu are things I'm not experienced with.  I've installed Ubuntu once a long time ago on another laptop but have forgotten quite a bit since then.

Thanks in advance for any help!

//Edited the content to add model name on title.​​