Kaitlin_94 Member Posts: 1 New User
March 1 in Legacy Laptops and Netbooks
Hi everyone, I was wondering if someone could help me. We've recently found an old Packard Bell EasyNote TS laptop that we had forgotten about for many years. We did a system restore on it and everything was going fine until it's got to the software installation. It's trying to install Office 2010 with the status bar on 40/54 and it's now stuck. There was a chime appear in the background like something has gone wrong and when I press the windows button on the keyboard there is a big red X which has appeared in the task bar but it won't allow me to view the message as the task bar will only appear for a second before disappearing again.

Is anyone able to help me? The laptop seems fine and in working order it's just the issue of trying to get past this problem.

Thank you in advance, to anyone who replies and tries to help me. 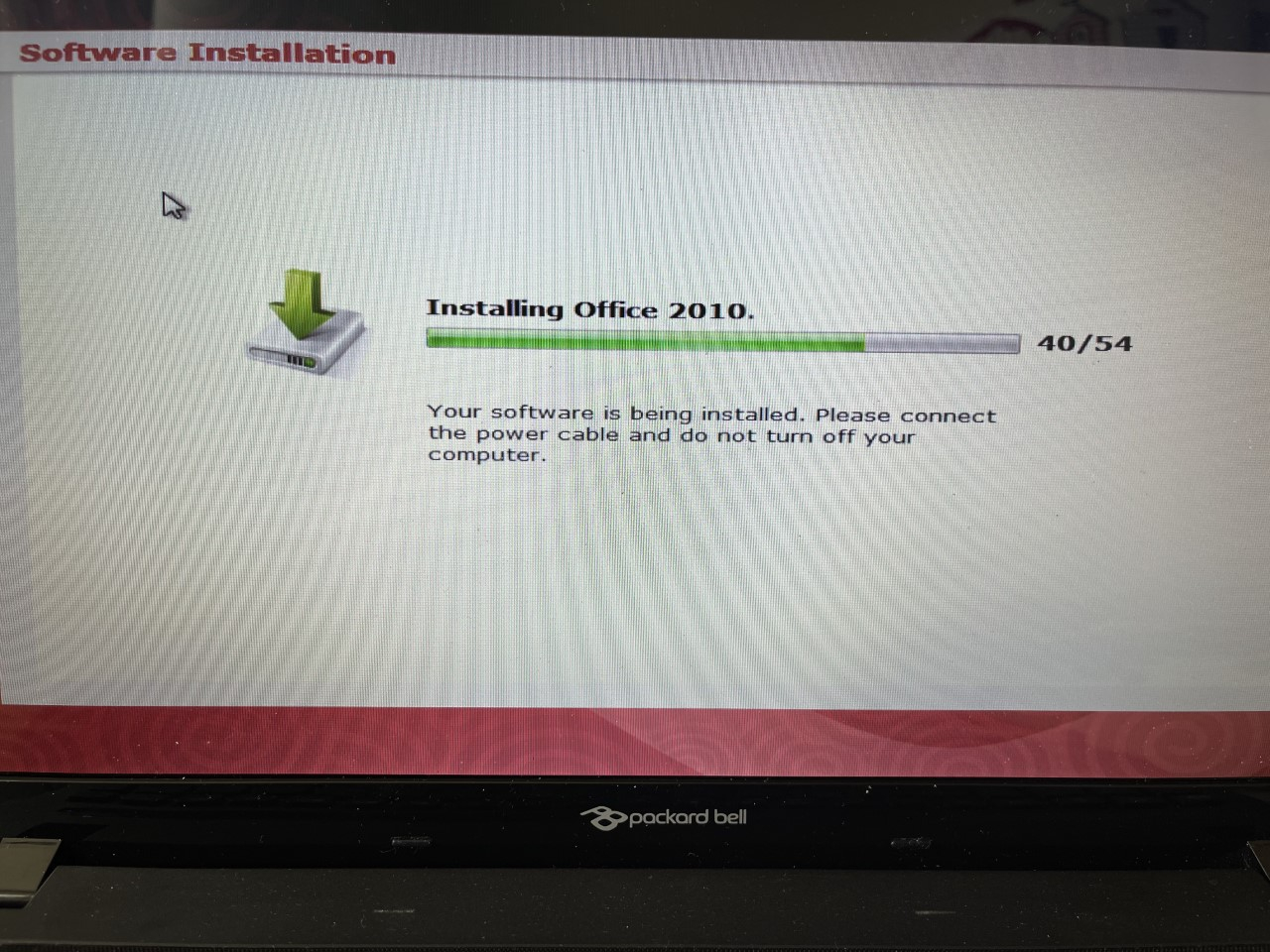