December 2018 edited December 2018 in Swift, Spin, S and R Series Laptops
As some of you may already know the SF114-32 comes with an internal M.2 slot that allows for the expansion or upgrade of the storage drive. From the factory this model comes equipped with a decent 64GB eMMC 5.1 SSD that suffices for basic uses but leaves much to be desired. For one, it is slow and for two it is limited in capacity. This laptop, is essentially a netbook meant to utilize web services and products such as Google Cloud or DropBox but it works for most users who just need a laptop for browsing the web and editing those few documents for school or work and saving a few files locally. But if you're after something faster and larger in capacity the M.2 slot is a huge selling point of this fanless netbook.

The M.2 slot is capable of accepting M.2 2280 SSDs in the SATA and supposedly NVME flavor. More on NVME drives to come. M.2 SATA drives are very inexpensive, easy to install and configure, readily available in small to large capacities and one of the easiest ways to increase storage performance from the storage system of the SF114-32. One can easily double if not triple the performance of the storage system by replacing the eMMC SSD as your primary SSD. As most computers have moved onto M.2 PCIe NVME SSDs, SATA SSDs remain as a viable low-cost option. One can have a 1TB-2TB SATA SSD that performs very well in this entry-level laptop. SATA is still a plenty fast interface and for budget PCs like this is unlikely to make much difference in day-to-day use. Where you will notice the difference will be your wallet and budget. The extra cost of an NVME SSD may not always be necessary.

For this example I used an M.2 SATA SSD I happened to have lying around. My SSD is pretty old and very slow in relative terms but still much faster than the onboard eMMC SSD. The exact make and model is as follows:

Here's how it performs. I ran a few SSD benchmarks using Crystal Disk Mark 6.0.2 x64 but i intend on using other benchmark tools at a later date. The first run was on a stock unmodified drive. As you can see, performance surpasses that of the onboard eMMC SSD. The second run I shrunk the primary Windows partition and unallocated 25% of the drive's available storage space. Unallocated space allows the SSD to maintain peak performance even when filled. I made sure to TRIM the drive. 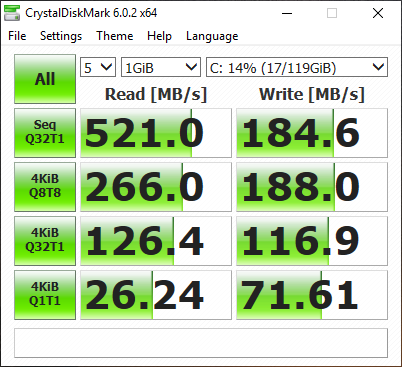 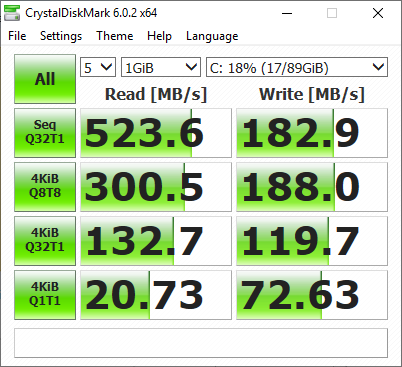 Performance improved ever so slightly. Probably not much to make any real world difference or feel. I really just wanted to show that upgrading the eMMC SSD to a M.2 SATA SSD makes a difference in the storage drive system. This will translate to a faster computer overall and higher storage capacity to the end user. Its a win-win situation.

For reference, here is what my SF114-32 SanDisk DF4064 eMMC 5.1 drive is capable of. As you can, it is slower than my SATA SSD especially in Seq Q32T1 Read MB/s as well as other metrics. Id say you're getting a decent bump in storage performance and capacity by going with a M.2 SATA SSD. 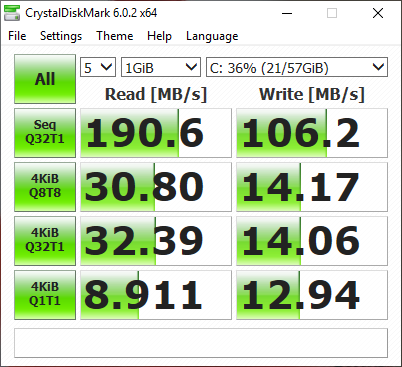 As an aside, I do not know how this will make an impact to the battery life. I imagine it might hurt it some but can look into this further. It'll probably be wise to shop for the most energy efficient M.2 SATA SSD one can buy.

Have you noticed any decrease in battery life after having switched over to an M.2 SATA SSD?