Sarchel Member Posts: 2 New User
October 2018 in Predator Den
This is my humble Helios 300
-i5 7300hq
-1060 6gb
-16gb ram
-260gb SSD + 1tb HDD
-LG 24MP68VQ 75hz display
-Red Dragon Karura keyboard
-Tecknet mouse (some generic I got from amazon, which works fine)
-Psych audio portable speakers with BT/AUX (some cheap speaker from amazon which speaks chinese to say that the bt is connected...which is quite funny and annoying at the same time. Sound quality is ok but nothing groundbreaking)
-Tenswall Lap cooler with 4x fans and nice red led. Doesn't really do much but hey, it's cheap and it provides physical cooling
-BT JBL headset (which is not part of the set up, I just don't a have a place to hang it on)

Yeah I'm a sucker for cheap gear. But hey, they work just fine and I'm more after value for money.
Current list of games I play at the moment:

-Forza Horizon 4
-Witcher 3
-Heroes of the Storm
-Diablo 3 (went back to try new season)
-Fallout 1 & 2 - Got it for near free on steam sale and I'm trying to find out if I'm smarter after 22years ago that I last played it.
-Hellblade: Senua's Sacrifice - had to stop though, getting really bad headaches when staring on the screen to line up puzzles.
-Farcry 5  -Nope, this game is a borefest hiding under an AAA title. Worst £50 I've spent yet. I tried giving it another go, and with a 7gb update, corrupted my save file of good 54hrs worth and that just put the nail into the coffin. Deleted, good riddance! 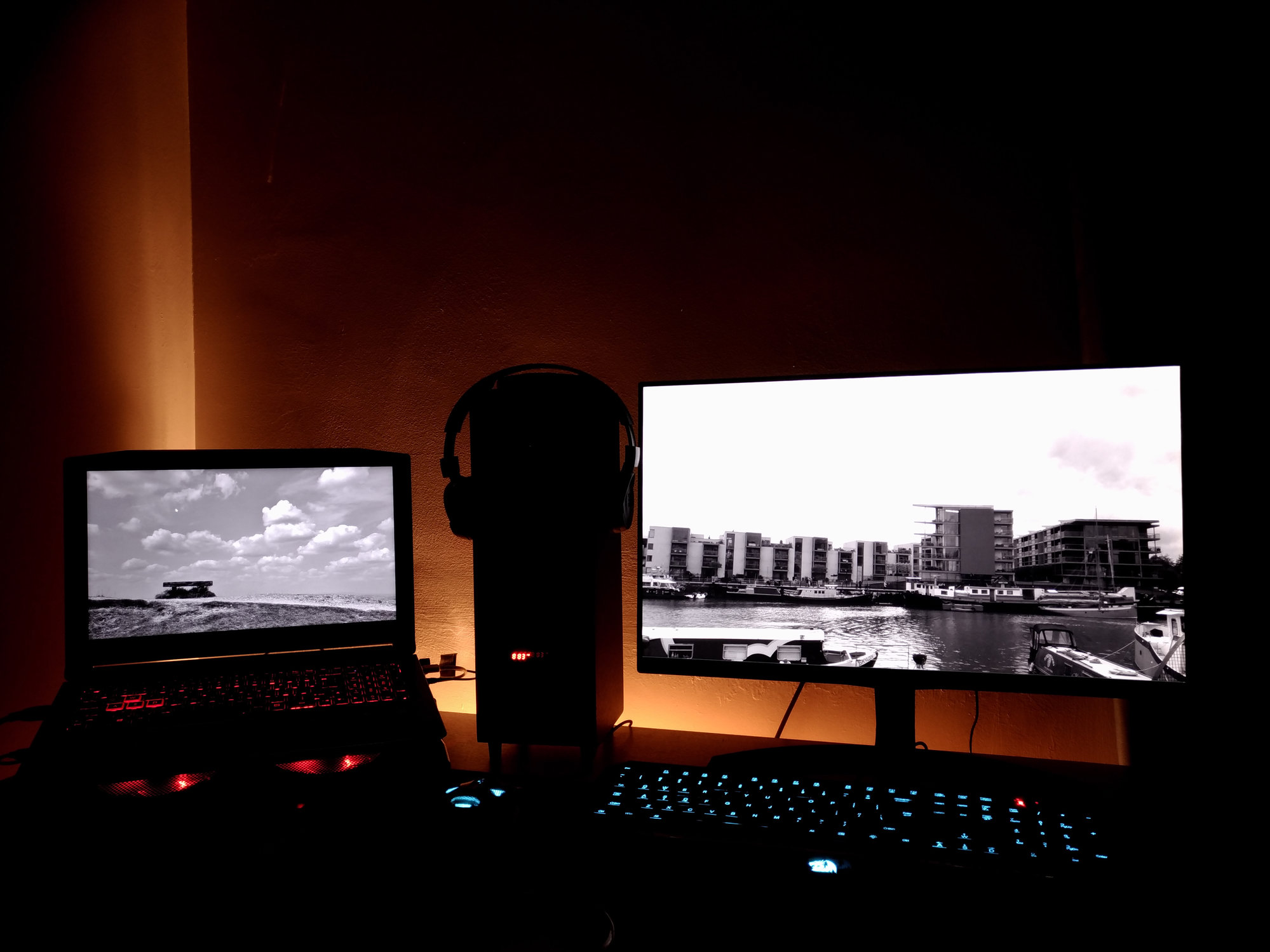