madileigh92 Member Posts: 1
March 2017 in Switch Series
I have a question concerning the screen in my Acer Aspire SW3-013.

The issue I'm having is that in any position, for seemingly no reason at all, the screen will just go black. It's not off; in fact, I can hear it responding to certain things. For example, if that happens, and I press the windows key, it will pull up the menu. I can catch a glimpse of the screen for a split second sometimes so I know the menu comes back up.

In the past, sometimes pressing the off/on switch twice will turn the screen off completely and bring it back up to the login screen as if I had been logged out. This will happen under no certain time-out limits. I can be in the middle of watching something or typing and it will go out. Sometimes it's a time or two an hour, sometimes it's every few minutes. Sometimes I have to force the device to shut down completely by long pressing the off/on switch and bring it back up that way. I have tried to let it die completely and then charge it all the way up and then turn it on. The glitch still happens. Sometimes I can go an hour or two with no issue. It seems not to matter whether the keyboard is attached or not.

Is this a known issue, and is there any way I can fix it? I can't get it to a local repair shop until Friday. I purchased it new at Best Buy for Christmas 2015. This has been an issue since the time of purchase but at that time it was not nearly as frequent. Maybe 3-4 times a week, and even then I assumed it was due to something I was doing wrong. The device has never been damaged or subjected to the elements.

[edited for privacy - THIS IS A PUBLIC FORUM - please do not post personal or unique information such as but not limited to full names, email addresses, phone numbers, full serial numbers, etc.] 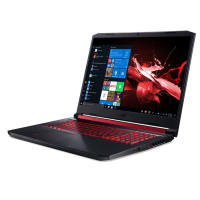