August 6 edited August 6 in Predator Laptops
I have acer predator helios 300 PH315-54, By mistake I uninstalled realtek sound driver and then I downloaded and Installed it again from the official acer product drivers.
The sound is working fine but since I downloaded this driver, I can't find Realtek Sound Console anywhere, which doesn't let me choose either I'm plugging a headset, headphones, speakers, or microphone.
I tried a lot of common ways to fix the issue, also tried multiple drivers and all of them came out with the same result. Also, the microphone input doesn't show in the recording devices, I can only see stereo mix and mic array (internal laptop mic), which is the main issue is that windows doesn't understand that I have a combo jack, it translates it as a Speaker output jack.
Please can anyone help me!!P.S. I also tried multiple headphones and came out with the same issue. 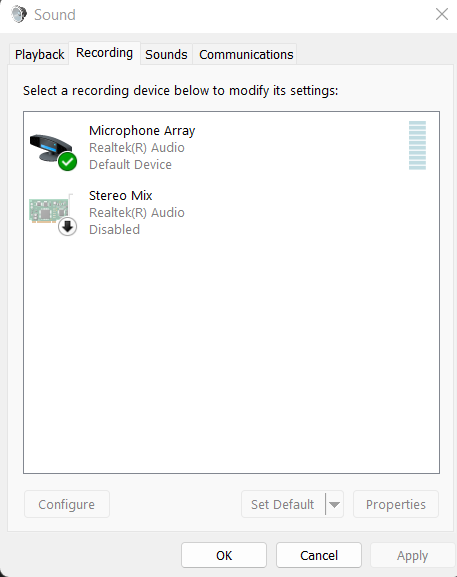