Acer Nitro 5 515 : Full black screen, except for a few lines on the top

March 5 edited March 5 in Nitro and Aspire Gaming
Hi, I've been using an Acer Nitro 5 515 for a few months now, and I encountered some minor problems.
However, recently, a "minor" one, got more and more imoprtant : on specific situations, my screen goes fully black, except for a few working lines on the top of it.

I've encountered that problem on those situations :
- When the screen tries to display 144Hz
- When the PC boots (I'm unable to see the "Acer" Logo)
- In the BIOS (Which is the most problematic case)

Here's an image of my PC in the BIOS:

I haven't seen any similar posts online (many black screens, but no one that had those weird horizontal lines). Would someone have an idea on how to fix it ? 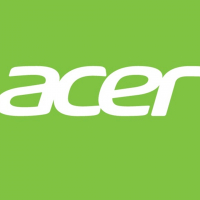