Jimmyw566 Posts: 2Member New User
August 2019 in Swift, Spin, S and R Series Laptops
I have just bought this laptop after the case broke on a old HP laptop and was hoping to transfer the SSD and 16gb of RAM from that to this one. When I opened it up I could not find the slots for the RAM and I am now worried that it is soldered in. I have attached a picture of the laptop. Would it be under the piece of metal covering the motherboard (to the right of the HDD) or am I wasting my time removing that?

According to the above scan which I made on the laptop it says the 2 X CT8G4SFS824A that I already have will work but does it know that it definitely has the slots or whether is is soldered in?

Also I haven’t had any luck installing the Samsung evo 850 SATA SSD into it either. I have had the same problem that I have now learnt effects many others in that when I put it in the system won’t boot or even load BIOS regardless of wether it is primary drive or even if it is secondary, plugged in via USB booting from the HDD. If I was to buy the P1 500GB 3D NAND NVMe PCIe M.2 SSD from Crucial I appreciate that I can return it if it refuses to boot from that too but I was wondering if someone knew if it would or wouldn’t work and would be wasting my time buying it in the first place? 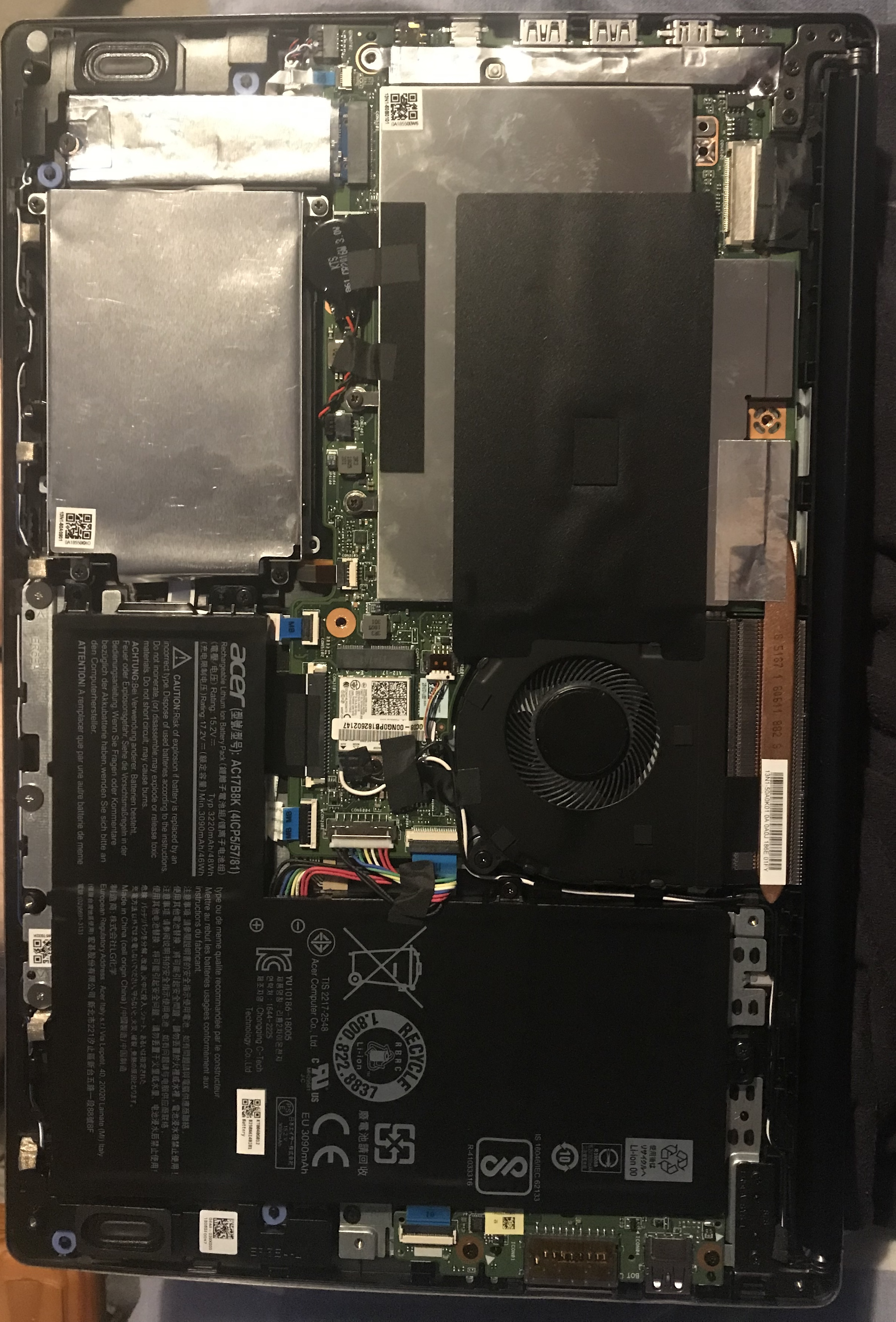