May 2019 in Aspire, E and F Series Laptops
Picture: 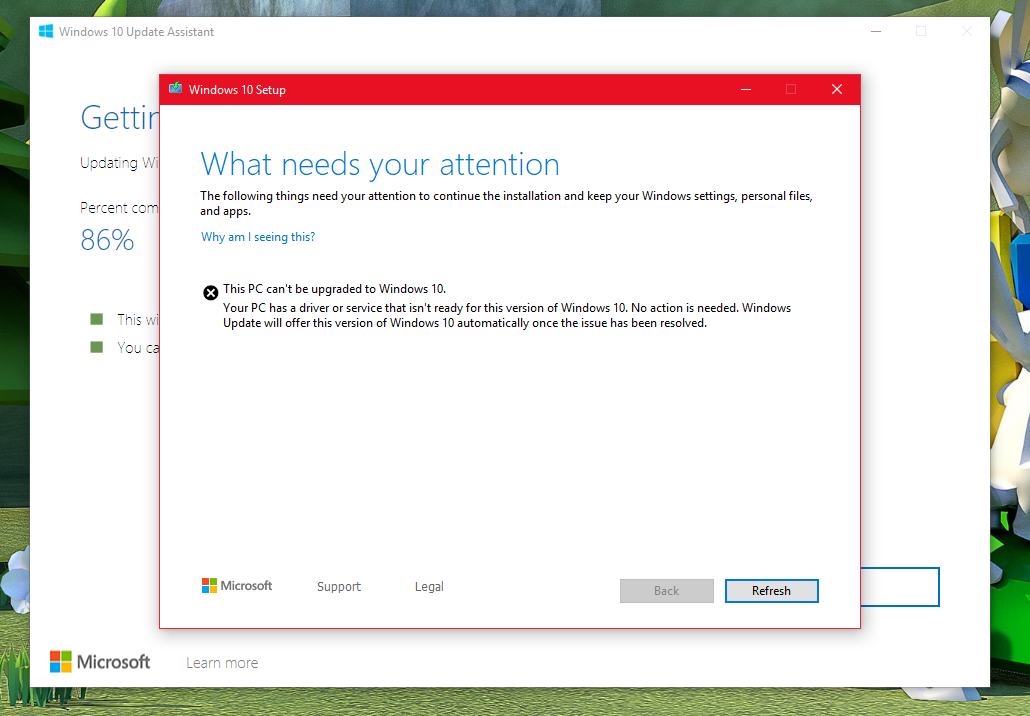 I started this update when it came. I was shocked and excited to the update until...
JUST FRICCIN PLEASE, PLEASE HEL- (は) OoF, sorry about that. No more time for jokes...
And yes, During the update, The *WHAT NEEDS YOUR FRICCING ATTENTION* thing started to show up, They say that I do nothing but I can do some RoBeats, Reading Reviews, or what so ever.
May 23, 24: just still the same... I FOUND A SOLUTION THAT I NEED TO UNINSTALL ALL THE DRIVERS TO START THE FRICCIN UPDATE AND SOME OF THEM ARE IMPORTANT AND IF I UNINSTALL THE FRICCIN IMPORTANT DRIVERS AND I WOULD DESTROY WINDOWS 10?!?! (い) Yeah that's true... The message of that friccin thing:
This PC can't be upgraded to Windows 10
Your PC has a driver or service that isn't ready for this version of Windows 10. NO FRICCIN ACTION IS NEEDED!! (い)
Can anyone help me at this?!?!
it's also my first time encountering the OSOD (orange screen of death)
This doesn't happen during the update but, It occurred during Roblox and YouTube video called FPS by SoraMafuUraSaka...
I don't think that include on the question /\
I have all the specifications with features:

Battery: Li-Ion 2.8A Battery (4 Cells) 14.8V
Features: It can charge from 19V and a whopping maxed out 3420mA, It lasts up to 3hrs if you only use Microsoft Edge just one tab or you at work just opened a bunch of work apps...

Ethernet: Realtek PCIe (I don't have but it's internal not external) GBE Family Controller
Features: It's a gigabit net but we don't have a gigabit speed (lawl), Mostly Known from a sound chip

Hard Drive: Western Digital 2TB (1.81TB) HDD
Features: Efficent, Can handle all my programs I need, Has a whopping 6GB/s maximum of transferring things, SATA Interface, Can handle Windows 10 there...

If any of thesecausing the problemos, please be honest, put in on to comments!

Who's Online in this Category4