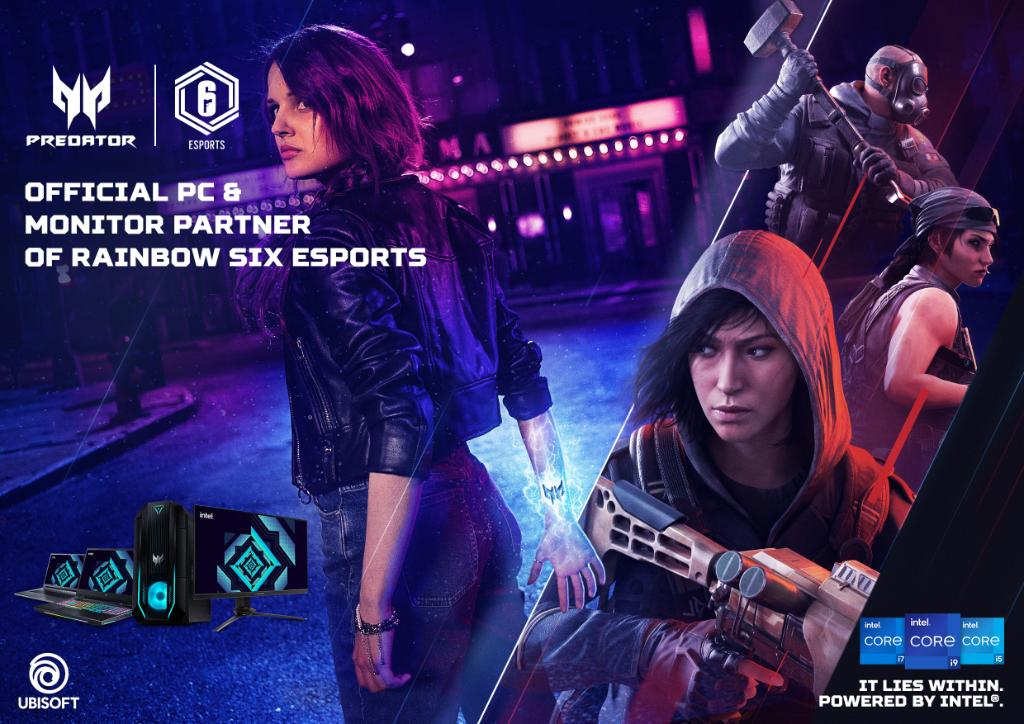 TAIPEI, TAIWAN —  Ubisoft and Acer announced the renewal of the partnership between Acer’s Predator gaming brand and the Tom Clancy’s Rainbow Six Esports Global Circuit, including the Six Majors, the Six Invitational and the four regional leagues: Europe, North America, Latin America and Asia-Pacific. In Latin America, Acer Predator will also support the Latin-American Challenger League in each of the three divisions. Additionally, Acer Predator will be the official PC and Monitor partner of the upcoming Rainbow Six World Cup. 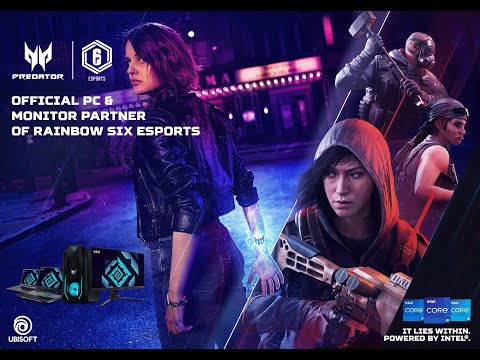 Following 2 years of collaboration, Acer’s Predator brand will continue to support the development of the Rainbow Six Esports Global Circuit by providing premium laptops for analysts and esports-ready PCs and monitors for pro players competing at international competitions such as the Six Majors and the Six Invitational. The new partnership will also offer Rainbow Six Siege players across the world the opportunity to unlock two in-game Predator full sets, including branded skins for headgear, jackets, weapons and charms.

Over the past years, the Rainbow Six Siege community and its esports scene have grown substantially and reached new milestones, with more than 70 million players worldwide and record-breaking watched time during Stage 1 across all four regional leagues, corresponding to an increase of 215% compared to the 2020 Stage 1.

“With performance at the very heart of competitive Rainbow Six Siege, we are thrilled to continue our successful journey with Acer,” said Geoffroy Sardin, Senior Vice President Sales and Marketing, Ubisoft EMEA. “With an impressive track-record in esports, their Predator performance gaming PCs and monitors will contribute to create the best possible conditions for pro players to perform in our competitions.”
“We’re excited to continue our partnership with Ubisoft, supporting Rainbow Six Siege Esports players and fans around the world,” said Vincent Lin, Associate Vice President, Product Marketing and Planning, Acer Inc. “In the past two years that we have worked together we saw the launch of a completely revamped regionalized circuit, and now three Majors per year. With the latest Predator PCs and monitors, we hope to bring out the best performance for the pro players, and contribute to the fast-growing Rainbow Six Siege community.”

Tom Clancy’s Rainbow Six Siege’s Esports includes 4 main regions, Europe, North America, Latin America and Asia-Pacific. All four regions run in parallel their own dedicated regional leagues, all feeding into one unique and global race towards a qualification for the Six Invitational, the pinnacle of the Rainbow Six Siege competitive year. As teams across the four regions face off in regional and global competitions, featuring 3 Majors and regional leagues, they will be ranked based on an in-depth point system that rewards sustained performance. Each competitive Season runs for nearly a year, from March through the following February. Each Season will be divided into 4 quarters. The first three quarters correspond to the 3 “Stages” of the regional leagues and conclude with a Six Major bringing together 16 of the world’s best teams – four per region across the four regions. Each stage awards prize money and points for the Global Standings. The Global Standings determine the sixteen teams earning a spot to the annual Six Invitational. Following the 3 stages, the last quarter of the season will be dedicated to regional finals and relegations. The season will then conclude with the Six Invitational that will crown the world’s best team. Four additional teams will also have a chance to qualify for the Six Invitational through Regional Open Qualifiers, making the Six invitational a 20-team competition.

Ubisoft is a leading creator, publisher and distributor of interactive entertainment and services, with a rich portfolio of world-renowned brands, including Assassin’s Creed, Far Cry, For Honor, Just Dance, Watch Dogs, and Tom Clancy’s video game series including Ghost Recon®, Rainbow Six and The Division. The teams throughout Ubisoft’s worldwide network of studios and business offices are committed to delivering original and memorable gaming experiences across all popular platforms, including consoles, mobile phones, tablets and PCs. For the 2020-21 fiscal year, Ubisoft generated net bookings of €2,241 million. To learn more, please visit: www.ubisoftgroup.com.