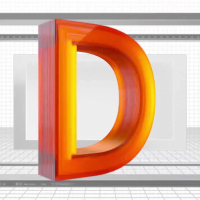 With the most important sales season just around the corner, Acer EMEA (Europe, Middle East and Africa) is showing an ultra-strong presence at major gaming and eSports events across the region, bringing the Predator live experience to fans, freaks, fanatics and pro players. Gaming and eSports events are a perfect opportunity to show strong brand visibility and the strength of the product portfolio, especially when customers are excited and receptive to buying new gaming hardware.

On October 7, Acer and Red Bull joined forces at Milan Games Week to host the final event of the Red Bull Factions — a special League of Legends tournament where teams fight matches using only one faction (family) of heroes.

As the official technology partner, Acer equipped the event with tournament-approved gaming gear such as Orion 5000 desktops, Predator XB monitors and Galea, Aethon and Cestus gadgets.

From October 5 to 7, the Predator League was front and center in the action at @IgroMir 2018, with over 160,000 attendees and more than 2,000 journalists and bloggers.

From October 7 to 14, Acer joined Starladder as the official technical partner for the upcoming CS:GO Season 6. Starladder is one of the most important eSports tournaments in Eastern Europe. The final event will take place in Kiev, Ukraine with a USD $300,000 price pool.

High visibility for Predator among the 4.5 million expected online viewers was ensured through video ads, stream branding and product placement on commentator desks.

From September 29 to 30, Acer joined Intel at EGX in Berlin in a new gaming event with the most anticipated consoles and PC games all playable for two days before they are released.

From September 1 to October 2, Acer successfully powered the Red Bull Campus League as the official hardware partner for the Rocket League Tournament. The Tournament was held for students across five cities at major universities.

This was the perfect opportunity to bring Predator closer to a young and vivid gaming community, as well as upcoming and seasoned pro players.

From October 9 to 11, Acer joined one of its key retail partners during Rage Expo, attended by over 10,000 fans to promote its latest Predator and Nitro gaming range to the growing PC market.

Acer will have a major presence at Paris Gaming Week from October 26 to 30 at one of the industry’s biggest video game events. Over 300,000 people will come together to experience the world’s most popular video gaming products.

The 200 square meter Predator booth will be split into a product experience zone, “meet and greet” area for eSports stars, and a LAN party to make a significant mark at Paris Gaming Week, with full social media amplification and special sales promotion with leading eTailers to top it off.